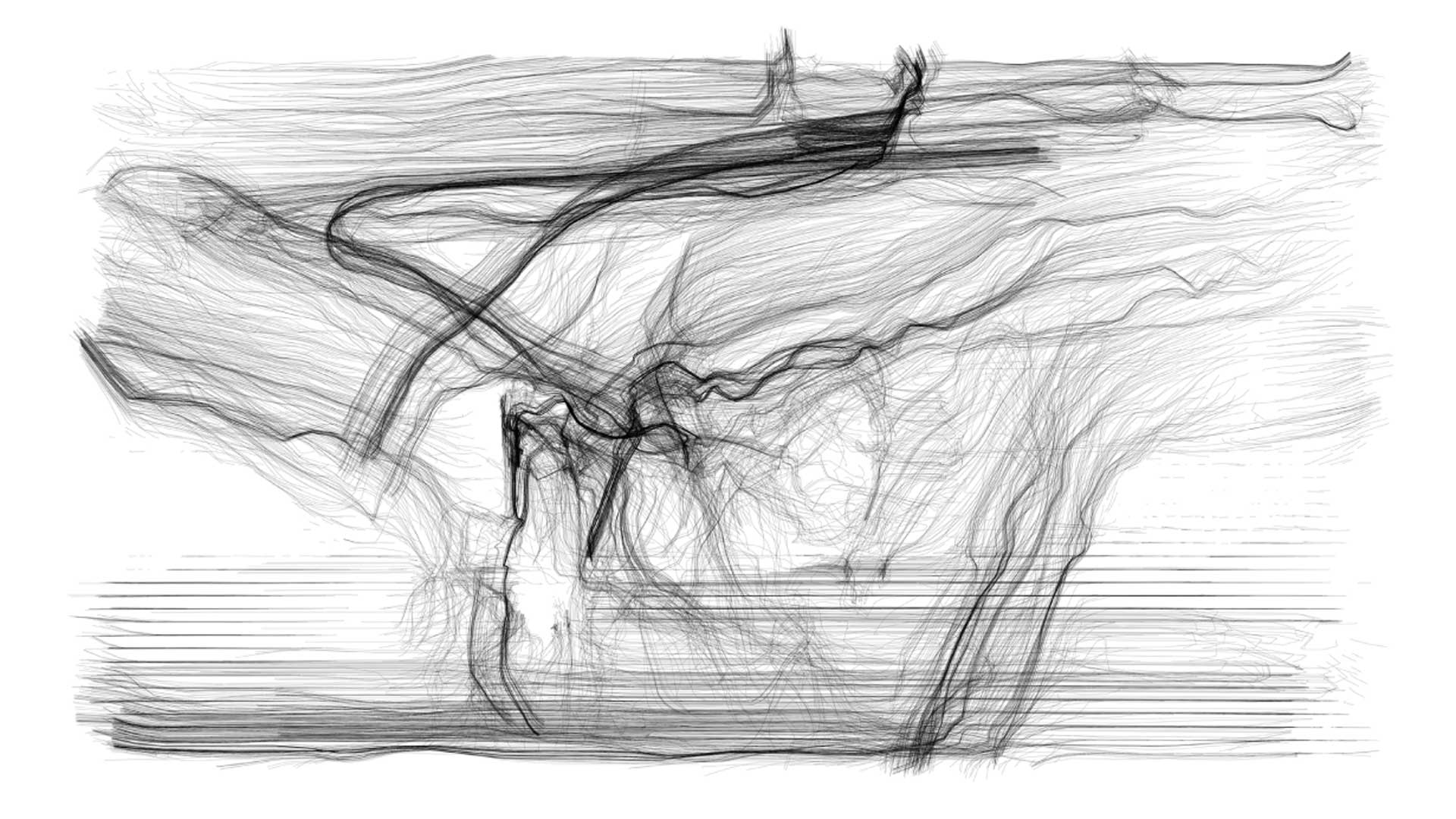 one minute surveillance videos are analyzed with a computer algorithm for objects in motion like people, cars, bicycles, etc. the collected data of the moving objects is then plotted in thin black lines on tracing paper, leaving behind only the motion of the captured video.