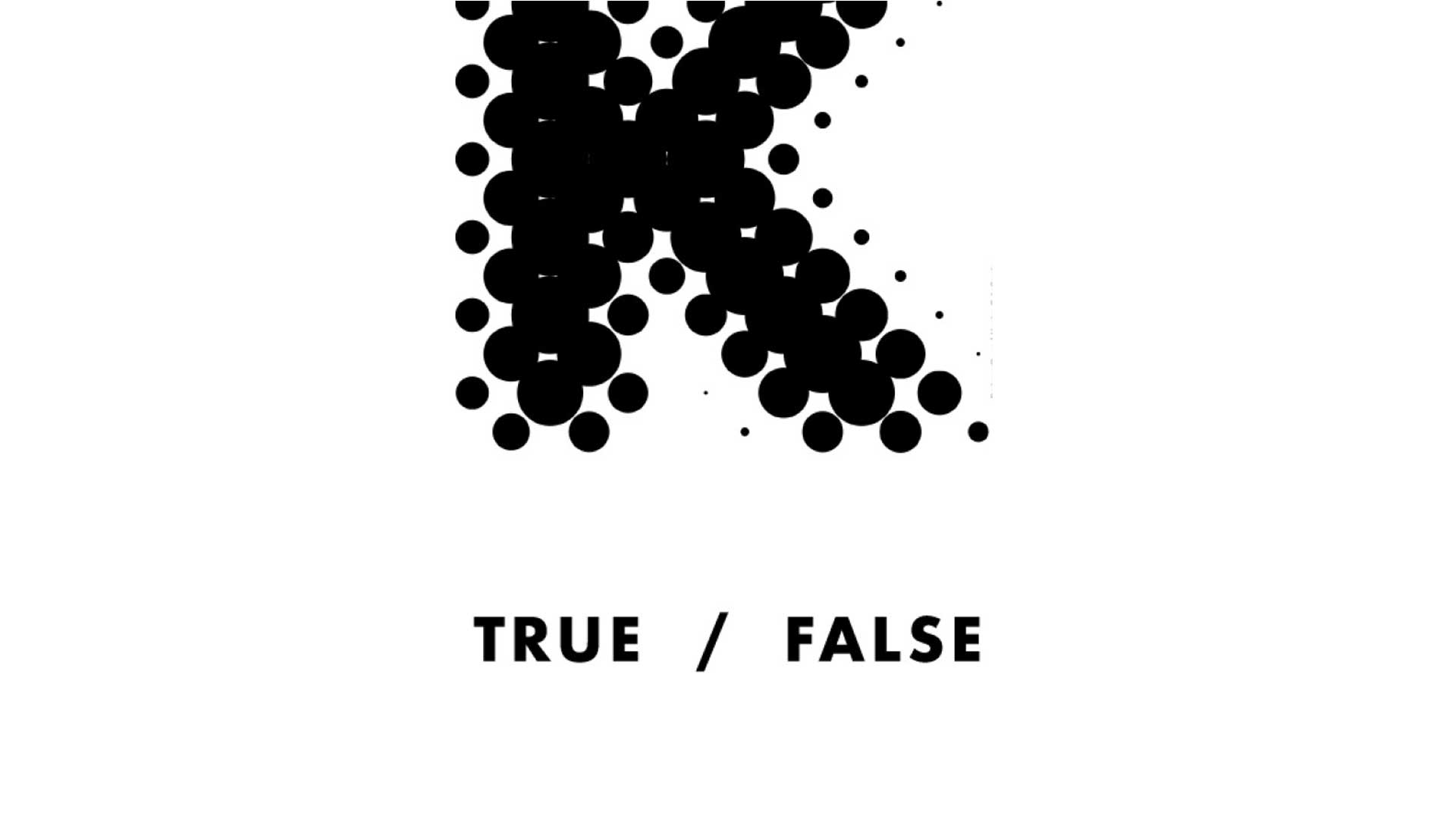 A line connecting five different approaches to the conception of truth, from its binary behavior in logic, to an unrecognizable interwoven construction of it. This exhibition displays the outcomes of examining the blurred borders of truthfulness and the hazy area around its possible values.
How much room is given for self-interpretation?

IVONNE GRACIA MURILLO proposes a conceptual collaboration between the digital media of man and the natural environment, based on the idea of using DNA as a means of storing encoded images, in the opposite direction to the progress of the latter in order to obtain the exact decoded information of the original, as a method of controlling nature to please modern human needs. If promulgated to mutation through several generations of reproduction in the living animal this information of quantity, tone, and position of the pixels would become the natural matter through which the image would evolve out of mechanical methods, ergo eliminating our prediction and control over the anticipation of output. Man goes from using his means to control nature, to using them to connect with it.

JASJOTE GREWAL explores questions of truth, autonomy and meaning by playing with the loose and free construction of what is deemed as true and what it signifies. In face of a binary conception of truth that one is often confronted with, her piece attempts to break down this dichotomy, as well as illustrate that meaning can only ever lie in the hands and the eyes of the beholder.

NORA LENGYEL is researching how the two boolean values true and false can be encrypted to patterns, colors or to other visual elements. She experiments with how their possible combinations, such as “and” and “or” can be shown in the translated images, by keeping the rules of first order logic and computer science theories.

MARTHIN ROZO researches the potentiality of the path as scientific data and as drawing. Space is examined as a determining factor of the resulting line traced by different beings. Confronting a varied range from these day-to-day/quotidians in one space invokes a kind of expanded vision of the personal and collective reality. By conceiving/imagining artistic creation from a non-human perspective or point of view, assuming Anthropocene as the present geological era, Marthin creates a hybrid between a sculpture and a “Hotel for insects”. The Hotel for insects is a structure created by biologists to support different insects on their living cycle. In this instance, the purpose is still the same but now adds an aesthetic component and an organic form that is more adapted to its guests.

MARC SCHURAN builds a bridge between the understanding and the reflection of change, with his confrontation of historical, current and future scientific knowledge. CAPSULE invites you to think about the immutable values of bygone days and draw them into the present. Which of them have shifted? Which theories will turn out to be wrong, but could nevertheless, turned out to be important in the search for ourselves?